A recent study by two University of the Pacific researchers has found that contrary to popular belief, technology may not be the biggest obstacle for new virtual schools. Somewhat surprisingly, Brett Drushal Taylor and Delores E. McNair found that the greatest challenge may be overcoming an entire host of other administrative obstacles.

Taylor and McNair examined the founding of three California virtual schools in established California school districts. Their research discovered that a host of other factors from establishing a founder to district support to staff and teacher selection are much larger obstacles than those obstacles posed by technology. The constant need to change and adapt also posed a challenge to new virtual schools.

Three schools were part of Taylor and McNair’s study. Manchester is a K-12 virtual school located in southern California. Branford is a virtual charter based in central California. The third school in their study was Field Haven based in northern California. All the schools were three to five years old at the time Taylor and McNair’s study. For their study, they drew on data collected from each of the schools, as well as observations and interviews with key stakeholders.

In addition to the shared challenges outlined above, Taylor and McNair’s study yielded a few notable surprises.

First, the study found that by and large, virtual schools, even when part of an established district, operated quite autonomously. Indeed, Taylor and McNair  describe the schools as “self-sustaining entities,” despite the fact that they continue to received funding from their districts like any brick-and-mortar school.

Second, the study found that for virtual change as a constant, especially during the first six years of operation.

Third, the study found that at times virtual schools were somewhat compromised by the need to accommodate the needs of the large district. For example, one of the schools in their study was forced to take on a district-wide credit recovery programs.

Finally, Taylor and McNair’s research reveals that despite their unique challenges, organizational strategies found to be effective in virtual schools can be applied to other schools and vice versa.  In other words, virtual schools may both be a notable exception and not nearly as unlike brick-and-mortar schools as one might expect.

Taylor and McNair’s complete study can be found online. 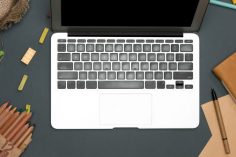 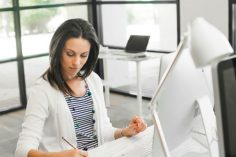 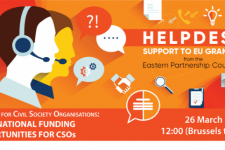