Kingsley Aikins is a recognised international expert on Networking and has written and spoken extensively on the topic. He has run workshops and presentations for some of the world’s leading companies such as Google, Linkedin, Accenture, Deloitte, Intel, KPMG, PwC and a number of leading law firms in Ireland and elsewhere. He has worked with governments and international agencies such as the US State Department, the UN, EU and the World Bank.

Kingsley is an economics graduate of Trinity College Dublin and has lived and worked in 6 countries in all of which he found networking and building networks essential for making progress. He worked for 10 years for the Irish Trade Board and IDA Ireland and was based in Sydney. He then led the Ireland Funds for 17 years mostly based in Boston. In his time with the Funds over a quarter of a billion dollars was raised for projects in Ireland.

Kingsley is the founder and CEO of The Networking Institute based in Dublin which focusses on online/offline training in Networking, Diaspora Engagement, Speaking/Presenting and Philanthropy/Fundraising. 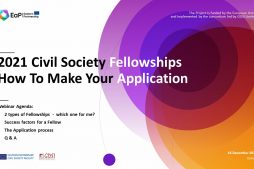